Career
Back to News 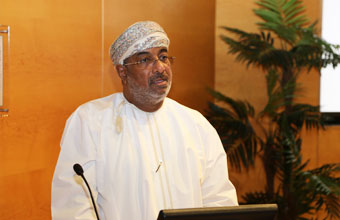 With upcoming facilities that will include a modern airport, busy commercial seaport and a strategic location on a busy East-West trade route, the Special Economic Zone at Duqm is expected to generate logistical, warehousing, distribution and re-export business opportunities. With its plans to become an industrial hub for heavy, medium and light industries and a modern city, the need to attract investors is key to the success of the special economic zone and also fundamental for the sustainability of the Al Duqm town development and consequently of the development if the Al Wusta Governorate, it was revealed at a forum, \\'Duqm Calls Upon India\\', organised in association with Meethaq Islamic Banking.
Experts who addressed the forum highlighted strategic projects currently under way in Duqm, including the port, dry dock facilities, new airport, refinery and upcoming tourism and Duqm city development. The deliberations covered policy issues, investment framework, tax benefits and business opportunities in Duqm Special Economic Zone. Sulaiman al Harthy, Group General Manager, Meethaq Islamic Banking, said, \\'Meethaq seeks to identify opportunities aimed at attracting investments in line with Oman\\'s Vision 2020 economic blueprint. The support to the forum comes as part of the bank\\'s endeavours to share experience and facilitate collaboration opportunities, highlighting the investment opportunities in Duqm stemming from its strategic location.\\'
Yahya bin Said al Jabri, Chairman, SEZAD, (pictured) said that India is one of the largest consumer markets in the world and a major partner in Oman\\'s efforts to emerge has one of the leading developed cities of the world.\\' He said that SEZAD offers special incentives such as a one-stop shop, it will register, licence, and provide environmental approvals using the best international practices. Imports into the zone will be duty-free. Future regulations regarding the zone\\'s company registrations, labour, trade, land, taxation and other incentives will be announced in due course. SEZAD tax regimes, land lease rates and utility tariffs. Sezad manages, regulates and develops all economic activities in Duqm.
Speaking to Observer, Jabri said that the runway for the upcoming Duqm airport is ready for use while the tendering for terminal building will be issued soon. He also spoke about several hotels and other projects that have been in the developmental stages at the special zone. With a land area of 1,777 sqkm and 80 km of coastline along the Arabian Sea, the Special Economic Zone (SEZ) is the largest in the Middle East and North Africa region and ranks among the largest in the world.