The Sultanate Participates in the Belt & Road Forum 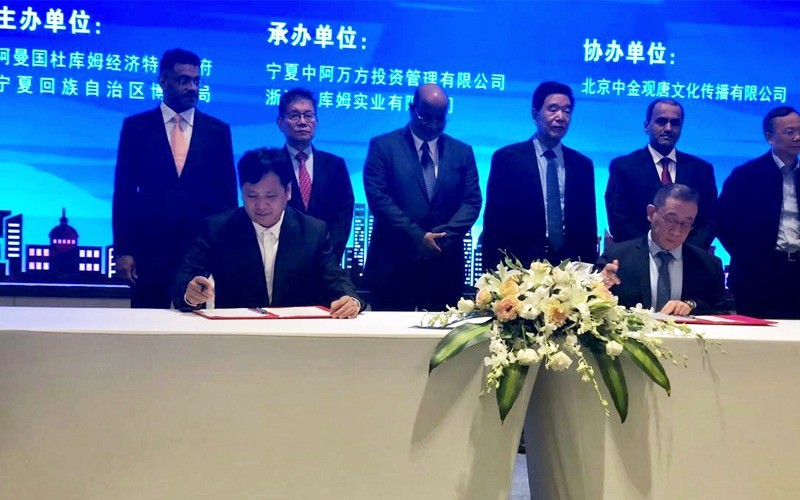 His Excellency Yahya bin Said Al Jabri, the Chairman of the Board of Directors of The Public Authority for Investment Promotion & Export Development - Ithraa and Chairman of the Board of Directors of the Special Economic Zone Authority at Duqm, has participated in the Belt and Road Forum in his capacity as the representative of the Sultanate, presiding a delegation that included His Excellency the Ambassador of the Sultanate approved in the People's Republic of China as well as officials from Ithraa and the Special Economic Zone at Duqm.

The activities of this second version of the forum were held in the Chinese capital city of Beijing from 25-26 April, 2019 with the participation of a large number of Presidents, Prime Ministers, and government representatives from the countries around the world.

During the forum participants discussed the development projects implemented during the past years in the countries participating in the Belt and Road Initiative, together with the future projects they look forward to achieve.

The Sultanate participated in the activities of the forum on the basis of the strategic cooperation, which translates the presidential declaration for establishing relations of strategic partnership - issued by His Majesty Sultan Qaboos - may God protect him, and His Highness President of China in May last year, and in the light of the advancement witnessed in the works of the Chinese Industrial Park in the Special Economic Zone at Duqm.

In a businessmen forum hosted by the Chinese city of Ningbo on April 27, 2019 His Excellency said that the work in the Chinese-Omani Industrial Park of Duqm is proceeding well, praising the economic cooperation existing between the Sultanate and China under the Belt and Road program as well as the economic partnership between the two countries.

During his visit to China, the delegation held a number of meetings with their Chinese officials, and they visited some Chinese companies specialized in fish industries and the fishing port in Ningbo city. A number of partnership agreements were signed with the Chinese companies desiring to run investments in Duqm.